JR making his mark on public space and society

«JR began his career as a teenage graffiti artist interested in making his mark on public space and society. His graffiti often targeted precarious places like rooftops and subway trains, and he deeply enjoyed the adventure of going to and painting in these spaces.
After finding a camera in the Paris Metro, JR began to document the act of his graffiti painting and of other graffiti artists. At 17, he began pasting photocopies of these photographs on outdoor walls. He created Expo 2 Rue, "Sidewalk Galleries", using the streets as an open gallery for everyone to see his pastings.
JR then travelled throughout Europe to meet the people whose mode of artistic expression involved the use of outdoor walls. Then, he began wondering about the vertical limits, the walls and the façades that structure cities. After observing the people he met and listening to their message, JR pasted their portraits up in the streets and basements and on the roof tops of Paris.» 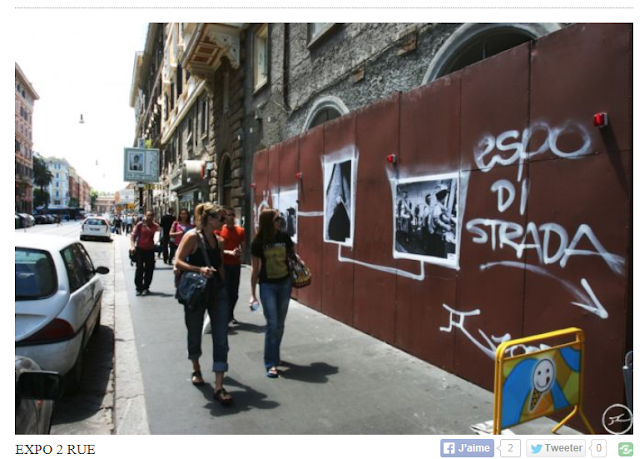 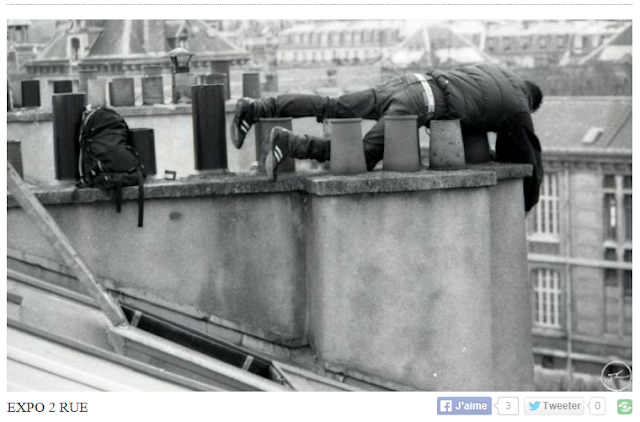 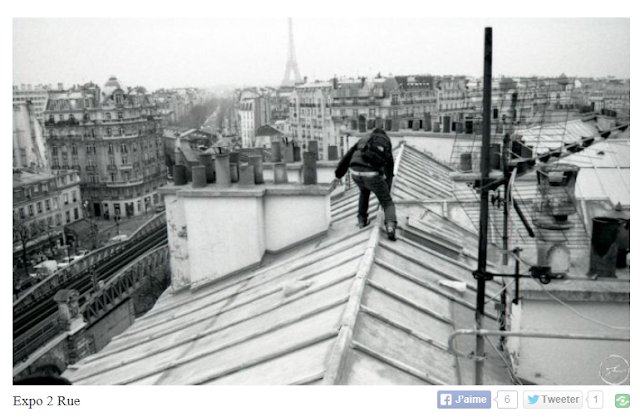 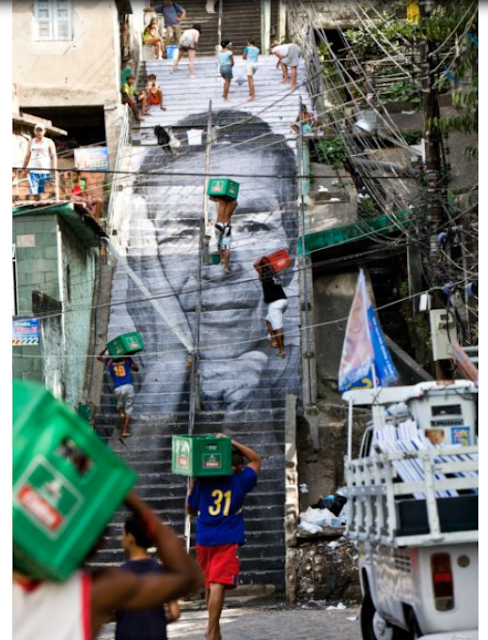 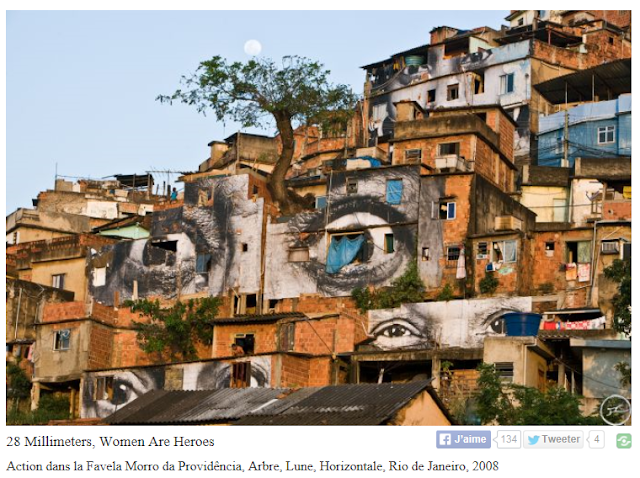 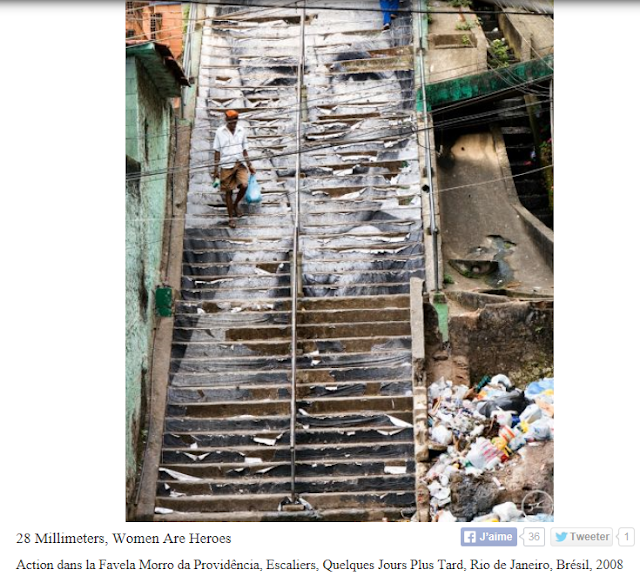